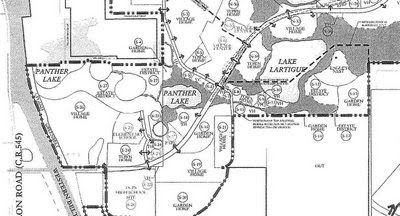 "The arterial roadway plan was not consistent or compatible with the Code and the comprehensive land use plan," said District 1 Planning & Zoning Commissioner Rick Geller. "No one in their right mind would let their kids cross, or themselves cross this roadway" on foot.

"This design will induce traffic," Geller said. The proposed roadway would "create hundreds of [traffic] trips" by requiring residents in high density apartments and condominiums to get into their cars merely "to go across the street to go shopping." He said it would also require students to use automobiles to go across the street from the future Horizon West high school in order to visit the Neighborhood Center commercial district and park.

"I'm afraid we're making the same mistake we made on [County Road] 535," said Geller, where eight lanes of 55 mph traffic create a barrier between high density apartments and condominiums on one side of the road, and the future Lakeside Village commercial Center, on the other. 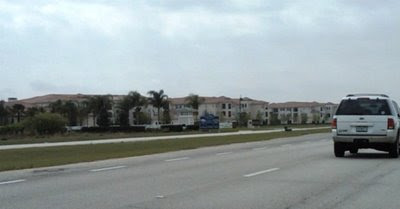 Arterial highway separating apartments on C.R. 535 in Horizon West from the future Village Center commercial district. This road design induces traffic by requiring residents to use their cars merely to travel across the street.

"There are more things we can do," said Nastasi.

After the hearing, Geller noted that, under the Horizon West Code, on-street parking counts towards parking requirements and that developers would merely shift parking from parking lots located behind commercial buildings to the street.

Geller proposed consideration of boulevard designs, where medians on both sides of the road separate higher-speed through traffic from low-speed local traffic with on-street parking.

"I'd like to see that for future roads," said District 3 Commissioner Joe Roberts.

Vice Chair Kevin Seraaj said similar boulevards in Chicago, where he grew up, were both safe for pedestrians to cross and moved traffic. 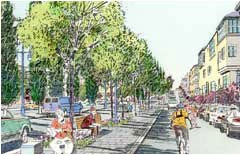 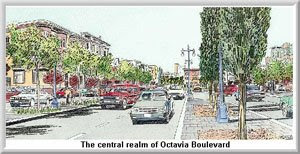 
Jergan Duncan, a transportation planner with Canin Associates, informed Geller after the hearing that, according to the Federal Highway Administration, vehicles hitting pedestrians at 30 mph will cause death 45% of the time. The figure climbs to 85% of the time when vehicles travel at 40 mph. Duncan said decreasing the speed from 40 mph to 30 mph over the course of a mile lengthens travel time by only thirty seconds. 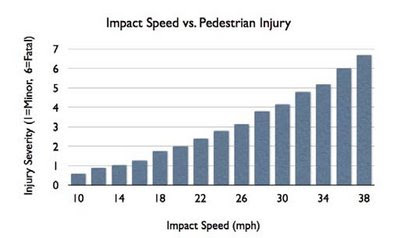 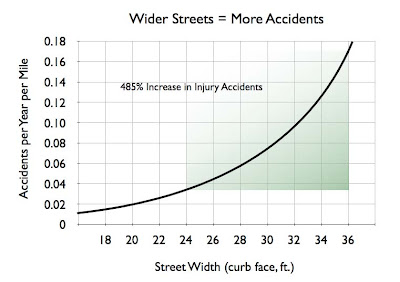 Aside from making Seidel Road slower and safer, Geller said the landowners and developers will save considerable sums in paving costs if the street lanes decrease to 10 feet in width.

A land planner for a significant Central Florida developer, who observed the hearing, summarized, "The road did not fit the context."

The Planning & Zoning Board unanimously approved the Village F's rezoning to Planned Development except for Seidel Road's design. The Board approved a condition to re-engineer Seidel Road as pedestrian-oriented, with 30 mph traffic. The recommendation goes to the Board of County Commissioners for approval.
at 2:10 PM