Protecting Lakes and the Environment 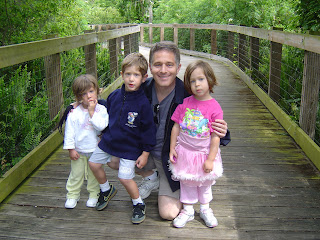 On the Oakland Nature Preserve boardwalk with Caroline, Max, and Melissa Geller. 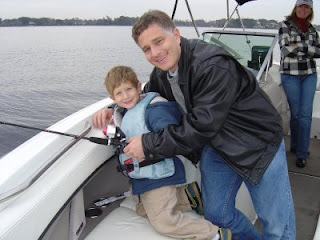 As co-founder of the Southern Dr. Phillips Coalition, starting in the late 1990’s I worked hard to persuade Orange County to reroute an arterial road planned to slice through an environmentally sensitive portion of the Reedy Creek wetlands, south of Pocket Lake on the Butler Chain. With Commissioner Teresa Jacobs’ strong support, we succeeded in protecting the wetlands.

Today, wetlands surrounding the Butler Chain are facing short-sighted, cumulative devastation, the consequences of which will impact water quality in the lakes and beyond. Bobbie Barrett, who has spent much of her life on the Butler Chain, and her husband, Robert, who live in Bay Point, gave my son, Max, and me a tour of the Butler Chain by boat. These lakes, obviously some of our most valuable environmental jewels, deserve our utmost care.

The amount of clear-cutting and non-permitted, intentional wetlands destruction along the lakes offends me. Dozens of dead cypress tree stumps stand rotting in Lake Tibet, cut down for one homeowner’s unobstructed water view. The loss of abutting wetlands, and the planting of grass down to the water, without swales and berms, is reducing nature’s ability to filter-out fertilizers that cause algae bloom. I am well aware of, and concerned about degraded water quality compared to only several years ago.

Orange County’s Environmental Protection Division is fining violators, but the fines are inadequate to deter. As a Commissioner, I would fight to strengthen the County’s ordinances to discourage wetlands destruction along spring-fed lakes. We need to protect water quality for all property owners and families who live along the Butler Chain, and for all Central Florida residents who boat and fish on it, now and into the future.

Concerned citizens have shared with me reports of illegal activities on Lake Butler’s Egret Island, owned by Audubon of Florida, harmful to the island’s intended purpose as a bird sanctuary. As a Commissioner, I would ask the Orange County Sheriff to investigate and step up patrols.

I grew up on two acres of land in Ohio, half of it wooded, and spent my childhood blazing trails and playing in the backyard creek beds. My interest in environmental issues increased after taking a job with a law firm founded by Thom Rumberger, one of Florida’s leading environmental attorneys. I had the privilege of working on environmental cases early in my legal career. Our firm has represented the Save the Manatees Club for more than fifteen years. On assignment, we represent Audubon of Florida. We also represent the Everglades Foundation and Everglades Trust, battling industry polluters and lobbying for cleanup funds.

The Butler Chain is the Everglades’ headwaters via Cypress Creek, Bonnet Creek, the Reedy Creek canal, and the Kissimmee River Basin. What we allow in Central Florida can contribute to harmful consequences at Florida’s southern tip. This cannot happen.

Rick released this Statement to the Butler Chain Conservation Association in February 2008.
at 8:12 AM